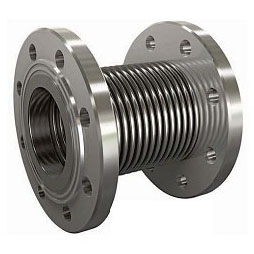 Metallic bellows are normally applied in the pipe line and Ducts where high temp & high pressure are present..These are basically to accommodate or absorb the thermal movements of the ducts or pipes due to high temperature and pressure.

BOSON Metallic Bellows are specially designed to take care of these kind of movements and also capable to absorb duct or pipe misalignment in all three directions viz Axial,Lateral & Angular or combination of all three.

Following are the reasons for the Thermal Movements in the Pipelines and ductings:

At the time of system designing above three factors must be considered ( Thermal movements with temperature variation) other wise system failure may occur due high stress developed in the connected duct or pipelines.

In some cases Bellow can perform as Flexible Seal.In Metallic bellow no of convolutes selected depending upon amount of flexibility required.
Interestingly Term Flexibility is also considered as type of thermal movements in the duct or pipelines.

It should be always remembered that thermal expansion can always occur in multi direction like Axial,Lateral & Angular. 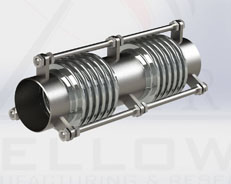 The movements occured in two directions can only be absorbed by using Universal Epansion Joints. Universal expansion joints are made up of two bellows connected each other by an intermediate pipe and a system of tie rods able to withstand the thrust resulted of the internal pressure.

This type of expansion joints are used to absorb lateral movements in all planes. Also, with a special positioning of two tie rods at 180 degrees, the expansion joints bocomes able to absorb some lateral and angular deflections at the same time.

The amount of lateral deflection depends on the convolution number of the bellows on each side of the expansion joint. This amount can also be increased by changing the length of the intermediate pipe. The tie rods are also effective to prevent possible torsion forces. 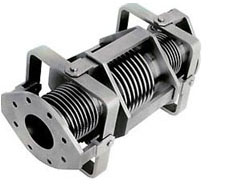 The Gimbal SS Bellow is basically same as the hinge type, except that instead of being limited to deflection in only one plane gimbal Expansion Joints are used to absorb angular rotation in any plane, using two pairs of hinges attached to a common floating gimbal ring. Gimbal systems generally consist of two gimbal expansion joints or two gimbal and one hinged expansion joint/bellow.

The advantages of this type of construction is it provides a close control over the movement imposed up on the bellows and also supports the dead weight of the pipe.
In addition, the wind and shear loads are also taken care of by the gimbal structure. Gimbal bellows are designed to absorb the full pressure thrust load of the expansion joint and thus guard the adjacent equipment from damage due to thrust loading. 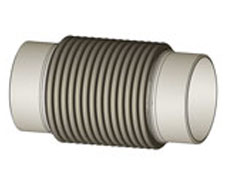 Formed Bellows are produced by reworking tubes, normally produced by deep drawing, with a variety of processes, including cold forming (rolling), and hydroforming. They are also called convoluted bellows or sylphons. Formed bellows generally have a high tooling cost, but, when mass-produced, may have a lower piece price. However, hydroformed bellows have lower performance characteristics due to relatively thick walls and high stiffness. Welded metal bellows are produced with a lower initial tooling cost and maintain higher performance characteristics. The drawback of welded bellows is the reduced metal strength at weld joints, caused by the high temperature of welding. 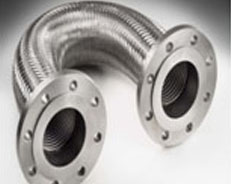 A Metal Hose is a flexible metal line element. There are two basic types of metal hose that differ in their design and application: stripwound hoses and corrugated hoses. Stripwound hoses have a high mechanical strength (e.g. tensile strength and tear strength). Corrugated hoses can withstand high pressure and provide maximum leak tightness on account of their material. Corrugated hoses also exhibit corrosion resistance and pressure tightness under the most extreme conditions, such as in aggressive seawater or at extreme temperatures such as found in space or when transporting cooled liquid gas. They are particularly well suited for conveying hot and cold substances.

With a history of more than one hundred years, metal hoses have given rise to other flexible line elements, including metal expansion joints, metal bellows and semi-flexible and flexible metal pipes. In Germany alone, there are about 3500 patents relating to metal hoses. 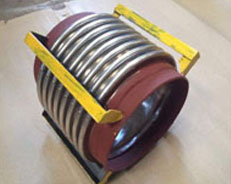 Welded Bellows are manufactured by welding a number of individually formed diaphragms to each other. The comparison between the two bellows types generally centers on cost and performance. These bellows generally have a high tooling cost, but, when mass-produced, may have a lower piece price. However, hydroformed bellows have lower performance characteristics due to relatively thick walls and high stiffness. Welded metal bellows are produced with a lower initial tooling cost and maintain higher performance characteristics. The drawback of welded bellows is the reduced metal strength at weld joints, caused by the high temperature of welding.

METHOD OF SELECTION OF THE METALLIC EXPANSION JOINTS 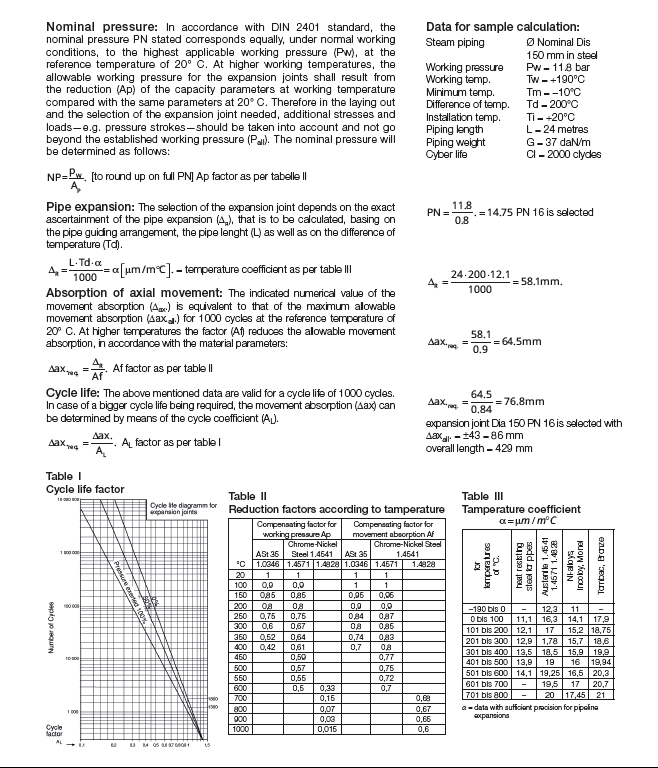 We have been using Boson made Gear Couplings for past 3 years and found satisfactory results.

The Rubber Bellows made by Boson are excellent product and giving us great service for last 2 years.

The Ball Valves that manufactured by Boson have provided excellent service to us for last 1.5 years.

The Thruster Brakes designed by Boson that used by us have provided certain satisfying results for last 3 years.

We are using the Boson made Pulley for past 1 year and it is providing satisfying service.